Our home is the tropical moist forest of St. Croix, in the Virgin Islands.  Our vision is to pass on ancient skills and the wonders of nature in our lush island home.  Before moving to this corner of paradise, we lived for over five years in a primitive shelter while teaching primitive skills for world-renowned survivalist and tracker Tom Brown, Jr.  Our time living immersed in these skills has given us a profound respect for the environment that we live in, as well as a growing understanding of its many intricacies.  We hope to connect our students to this way of perceiving and living in the natural world and to free them from the fears that modern society associates with wilderness. 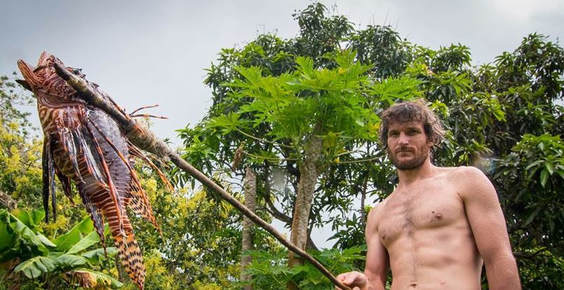 Matt Corradino has been learning and teaching primitive skills for over 15 years.  He's spent over 6 years living in primitive shelters that he built himself.  His passion ranges from the raw 'survival' experience to the more long-term 'primitive living' experience.  In addition to his consecutive years spent living out of a primitive shelter, he has regularly taken short 'survival outings'  and has spent over 100 nights in a survival shelter.
He started his education at Tom Brown, Jr's Tracker School and has learned from numerous other teachers of primitive skills, including  Errett Callahan, Bill Kaczor, Tom McElroy, Eddie Starnater, Ras Lamumba Corriette, Veronica Gordon, Ruth Anne Colby-Martin, and  Bill McConnell. 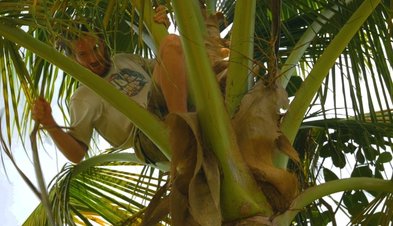 In addition to working for Tom Brown Jr. for over 7 years, he has also taught for Bill Kaczor at Ancestral Knowledge; alongside Tom McElroy from Wild Survival Skills; with Rick Berry at Children of the Earth Foundation; and for Hubb and Kate Knott at the Living Earth School, among many others.  Most recently, Matt and Carmen designed and taught youth summer programs for the St. Croix National Guard, as well as the St. Croix Montessori School. 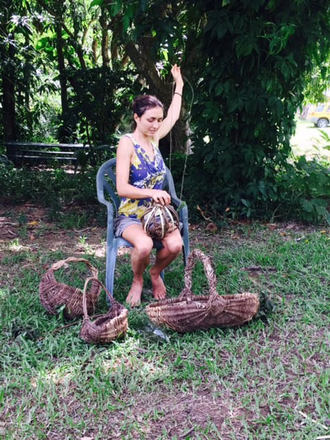 Carmen Corradino became enthralled with the world of wilderness skills as a teenager.  She first took classes with the Children of the Earth Foundation and later at Tom Brown Jr.'s Tracker School.  She graduated from the College of the Atlantic, where she majored in human ecology and focused on field ecology and sustainability.  For her senior project, she spent 6 weeks in a survival situation with minimal supplies, with a debris hut as her shelter.  She went on to do the Caretaker program at the Tracker School, where she lived in a primitive shelter in the New Jersey Pine Barrens for a year and a half, practicing her skills as much as possible.  She was hired by the school as an instructor and continued to live in her shelter with her husband, Matt, for another 3 years before moving to St. Croix.  She has a special affinity for tropical plants and their many uses.

Carmen and Matt have been leading people into wilderness survival experiences in the Caribbean for 10 years now and have made it their permanent home, where they continue to learn and enhance their skills constantly.